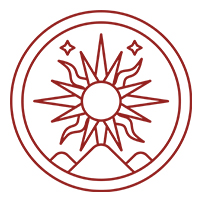 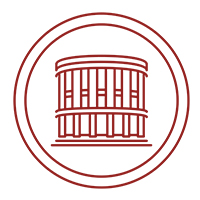 VEGA 1/0013/22 – principal investigator (2022-2025) „Mobility and accumulation of critical elements during formation and alteration of orogenic carbonatites“. (Click for Annotation)

Minerals of critical metals (Zr, Nb, Ta, REE) are prospective raw materials that trigger the recent technological progress. These elements are preferably bound to carbonatites, i.e. igneous rocks composed predominantly of carbonates. The overwhelming part of recent knowledge concerns carbonatites in stable cratons. Recently, however, the metallogenetic potential of orogenic carbonatites from tectonic plate junctions has been investigated. These carbonatites are intensely reworked, which affected the behavior of critical elements. The aim of the project is mineralogical, geochemical and geochronological research of selected carbonatite deposits in Mozambique and China in order to identify processes of mobilization, accumulation and disproportionation of critical metals during magma fractionation and superimposed metamorphic, hydrothermal and metasomatic reworking. The main output of the project will be the formulation of criteria for optimizing exploration methods for orogenic carbonatites.

Alkali basalts of southern Slovakia contain xenoliths of igneous rocks, which do not occur in Inner Western Carpathians. Observed rock types involve mafic gabbroic cumulates, syenites, granites, carbonatites and metasomatic products of their interaction with crust (skarns). Magmatic rocks originated during fractional crystallization of basaltic magma and partial melting of surrounding rocks. The project is targeted to deciphering mineralogical, geochemical, geochronological and petrological characteristics of magmatic rocks, evaluation of their genesis, geotectonic setting, source as well as metallogenetic potential with special emphasis on possible occurrence of critical metals, such as U, Th, Nb, Ta and rare earth elements. Additional goals refer to the interpretation and reconstruction of pre-Tertiary basement in southern Slovakia, as well as minimum age estimates of host pyroclastic maar deposits. Currently, Luca Reato, MSc doctoral student from Italy, also cooperates on this project.

The project brought completely new information about the genesis of the Evate calcium carbonate deposit in Mozambique. The deposit was discovered in 1975 and was originally mined for graphite and later for apatite. A Brazilian mining company that wants to produce phosphate fertilizers is currently trying to restore apatite mining. Calciocarbonates are rich in apatite, various silicates (phlogopite, olivine, amphibole, feldspar, scapolite, pyroxene) and Fe-Mg oxides (spinel, magnetite, ilmenite, geikielite) are abundant. Monazite, zirconium, and baddeleyite were used for U-Th / Pb LA-ICPMS dating and zirconolite and thorianite for in-situ chemical dating using an electron microanalyzer. The deposit was formed gradually over four stages. The magmatic origin is supported by the mineral association calcite, dolomite and apatite with olivine, magnetite, spinel ilmenite, scapolite and accessories (baddeleyite, zircon, thorianite and zirconolite) reminiscent of magmatic phoscorites and nelsonites. The formation of the deposit began in the Upper Proterozoic to the Lower Cambrian (590 – 489 Ma). The subsequent metamorphic-hydrothermal stage in the amphibolite facies is represented by phlogopite, amphibole, feldspar, pyrite, pyrrhotite, graphite and accessory allanite. The metamorphic stage began in the Ordovician and was derived from the ages of accessory monazite and zirconolite (483-450 Ma). The metamorphic association of chlorite, rutile, albite and scapolite with meionite composition corresponds to metamorphism in the greenschist facies conditions. The last hydrothermal stage probably began in Silurian, when NaCl and sulphate fluids formed metasomatic anhydrite, barite, celestine and low-temperature zeolites of mesolite and thompsonite series. A fenite zone is also developed in the vicinity of the deposit, which was created during the magmatic phase of the deposit’s development. Evate carbonatite can be considered a deeply rooted hydrothermally metasomatized orogenic carbonatite. Mgr. Michaela Blažeková (born Gajdošová), worked on the deposit during her doctoral studies, which she successfully completed in 2020.

The monograph was written to summarize both direct and indirect methods of studying fluids and to use them to obtain information about the origin of minerals and rocks. The basic method of fluid inclusions research – optical microthermometry, is supplemented by indirect methods involving chemical, thermodynamic and isotope equilibrium between minerals and fluids. The text is supplemented by practical examples from geological practice. It also contains an extensive set of appendices needed to interpret analytical data related to fluid research. The text of the monograph was completed on the occasion of the 25th anniversary of the “Velvet Revolution” of 1989, which brought a change in the political regime in the former Czechoslovakia and the fall of the “Iron Curtain”. The preparation of the text was financially supported by VEGA grant 02/0069/13 and the project of the Center of Excellence for Integrated Geosphere Research ITMS-26220120064. The monograph is owned by more than 500 university and institutional libraries in 50 countries around the world.